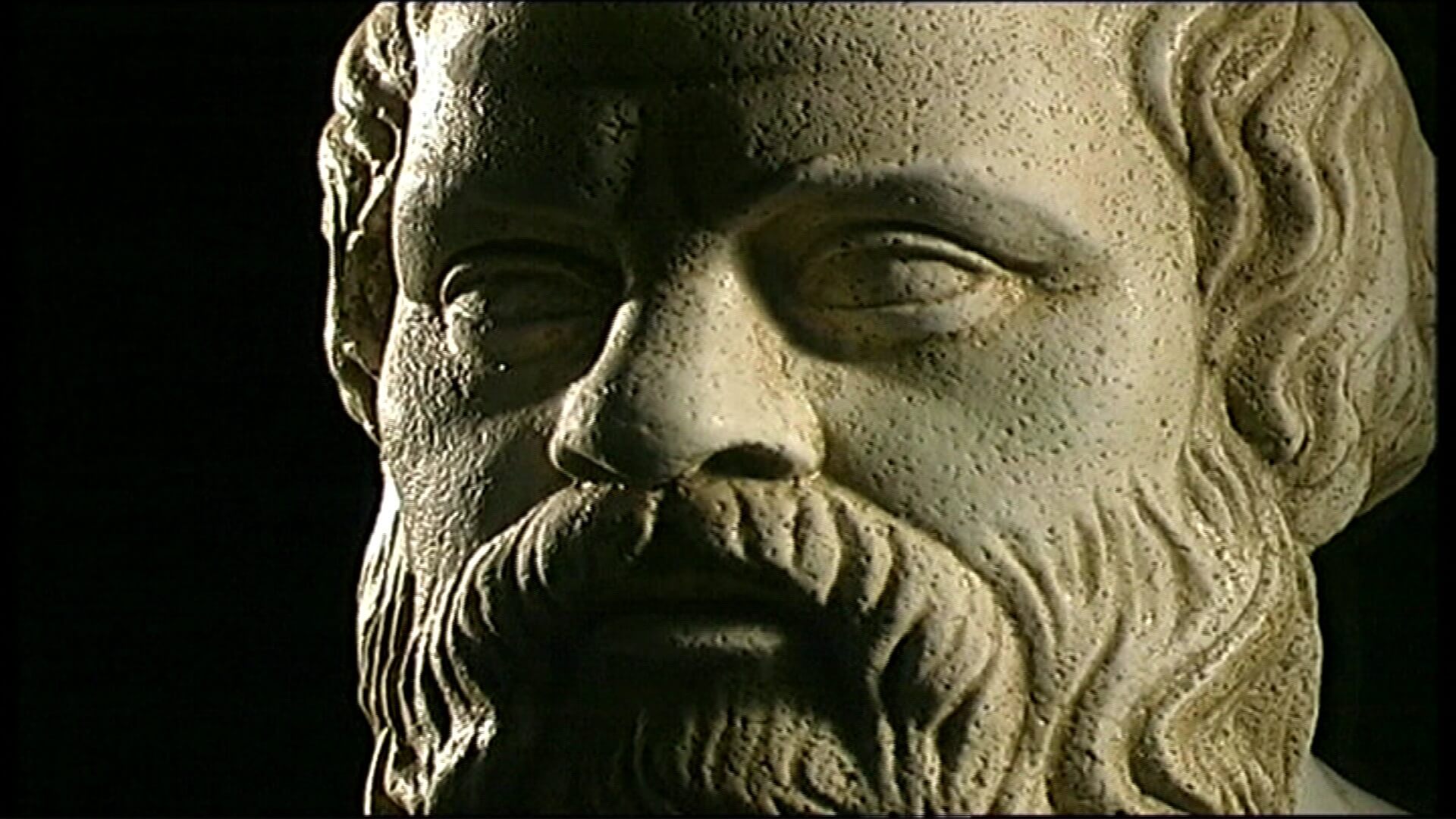 Socrates, towering figure in the history of mankind, is timeless symbol of humanist values and critical thought in civilization worldwide. The Socratic spirit and the Socratic method and philosophy still permeate Western – as well as global – thinking and education. The coincidence of the start of the new millennium with the 2,400th anniversary of the great Athenian philosopher’s death is an opportunity for Greece not only to enhance the vital tradition of the ancient Greek classics but also to promote the values Socrates symbolizes in 21st-century society. The narration is punctuated by characteristic excerpts from ancient authors, mainly Plato and Xenophon, who knew Socrates as a mentor, loved him, lived through his tragic death and publicize in their works the man and his teaching. Narrated by Kostas Kastanas and with Yannis Fertis as Socrates.