FILM
PHILOTHEI THE ATHENIAN The revolution of a woman 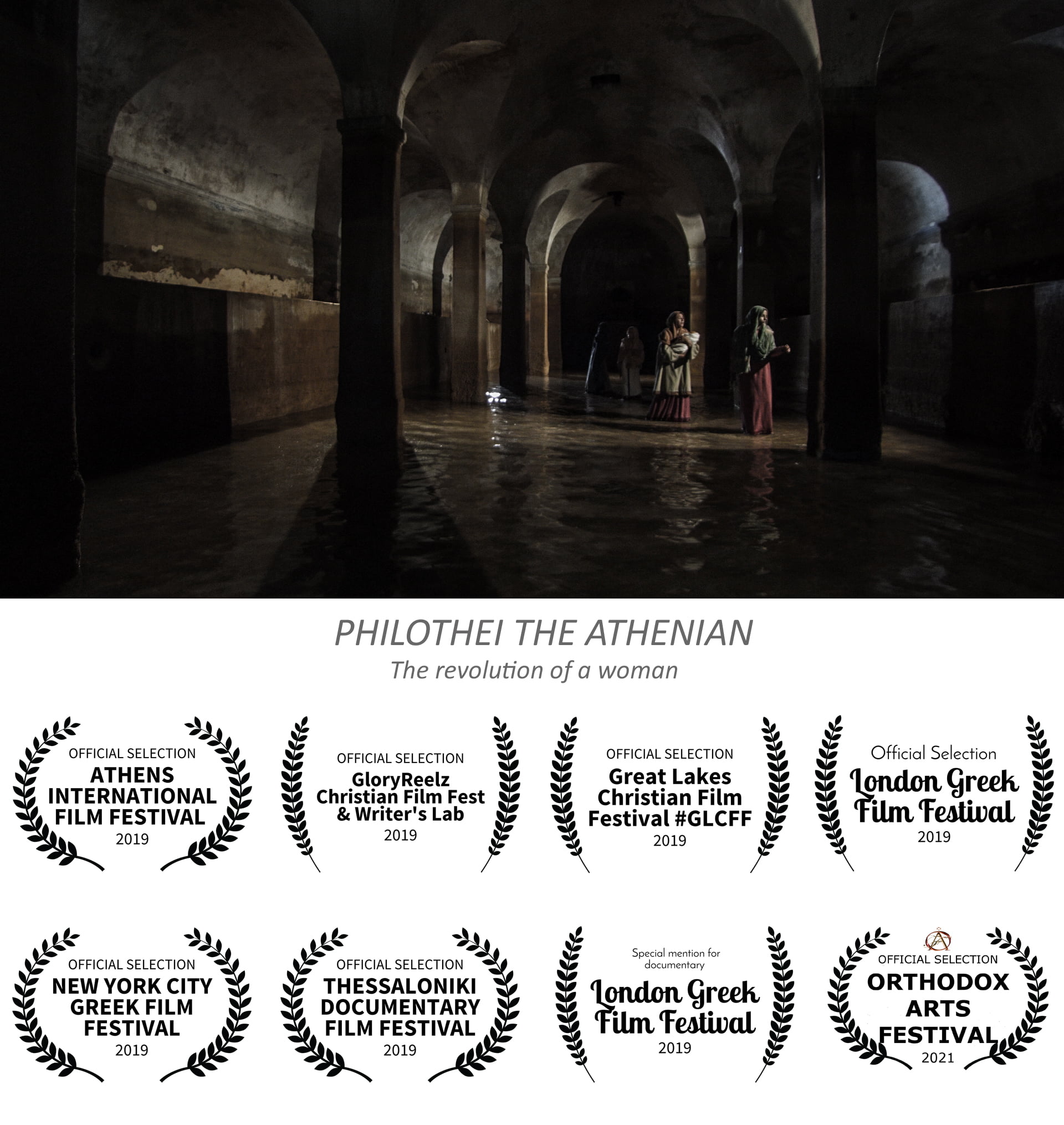 In the sixteenth century, during the trying times of Ottoman rule, an Athenian noblewoman dares to defy the authority of Suleiman the Magnificent.
She frees men and women from the slave markets, paying for their liberation from her personal fortune.
She sets up the first school for women in Greece and Europe, for Christians and those of other religions. She prepares them to live on their own resources, offering professional training to over two thousand apprentices.
She founds a hospital, which offers free treatment to Greek, Turks and Franks alike.
She provides refuge for women, abused, pregnant, exposed to stoning, helping them to escape through the ancient tunnels beneath the town of Athens and to reach the islands.
Her activity riles the conquerors and the establishment.
She is taken prisoner, tortured and put to death as a martyr in 1589.
Descendant of the Byzantine imperial lineage of the Palaiologoi, she was a revolutionary well before the Greek Independence War in 1821 in which Greeks liberated their country from the Ottomans and founded the Greek state.
She is Philothei, the Athenian saint.

The life and work of St Philothei reflect universal human values that are, still today, moving and inspiring.

WITH THE KIND SUPPORT OF