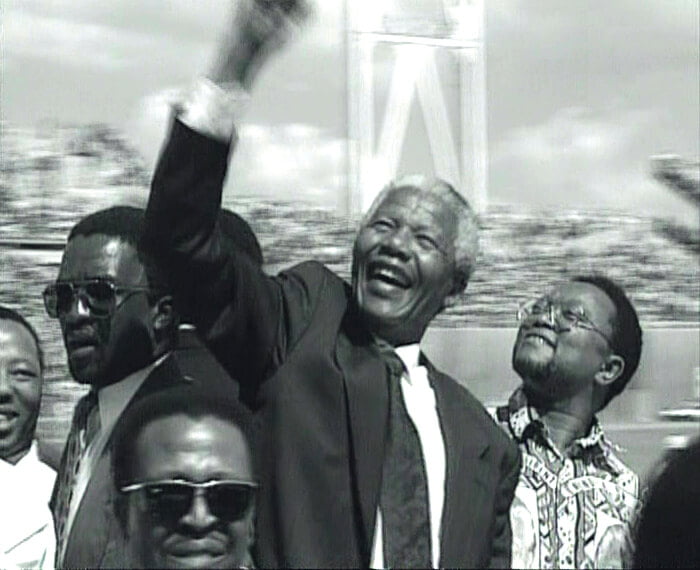 “People of Peace”is based mainly on excerpts from ancient Greek writers, as far as the narration is concerned, and uses scenes from conflicts of the last century that demonstrate their devastating effects on the earth and humanity. The excerpts are read by leading personalities of our times, who have taken a stand against the culture of war and destructiveness, such as the Nobel Prize winner Nelson Mandela, the UN High Commissioner for Refugees Antonio Guterres, the artists Fernando Botero, Theo Angelopoulos, Mikis Theodorakis (who also offered his music for the documentary) and others. These excerpts were selected because when it came to war the ancient Greeks considered it their supreme duty to exercise self-criticism and refrained from succumbing to arrogance when they were victorious. Uttered by these personalities, their words acquire a new force and become the actual, present-day language used to express opposition to war.

“People of Peace” was placed under the auspices of the President of the Hellenic Republic Mr. Karolos Papoulias and was supported by the United Nations High Commission for Refugees and the Hellenic National Commission for UNESCO. The film was officially screened on September 24th 2006 at the Athens Concert Hall, in the course of celebrations for the International Day of Peace. We were honoured with the presence of the President of the Greek Republic Mr. Karolos Papoulias, who gave a speech on the occasion, the Prime Minister Mr. Constantinos Karamanlis, members of the Cabinet Council and representatives of foreign countries.

The film was distributed gratis by the Sunday newspaper “Eleftherotypia” (a newspaper with a panhellenic circulation of 350.000 copies) on the same day. It was also distributed gratis to 3.500 schools in Greece, as well as to schools in Cyprus and South Africa. Moreover, it was distributed by the Hellenic Ministry of National Defence to all military units in Greece, in an effort to stress the importance of Peace worldwide and raise awareness on the destructiveness of war.“People of Peace” has been invited to participate in international festivals (such as the Montreal Human Rights Film Festival), it has been distributed to all the National Committees for UNESCO of the 192 member-states, as well as to university libraries abroad. It was also recently transmitted by three major greek television channels and was screened in Cyprus under the auspices of the President of the House of Representatives Dimitris Christofias.