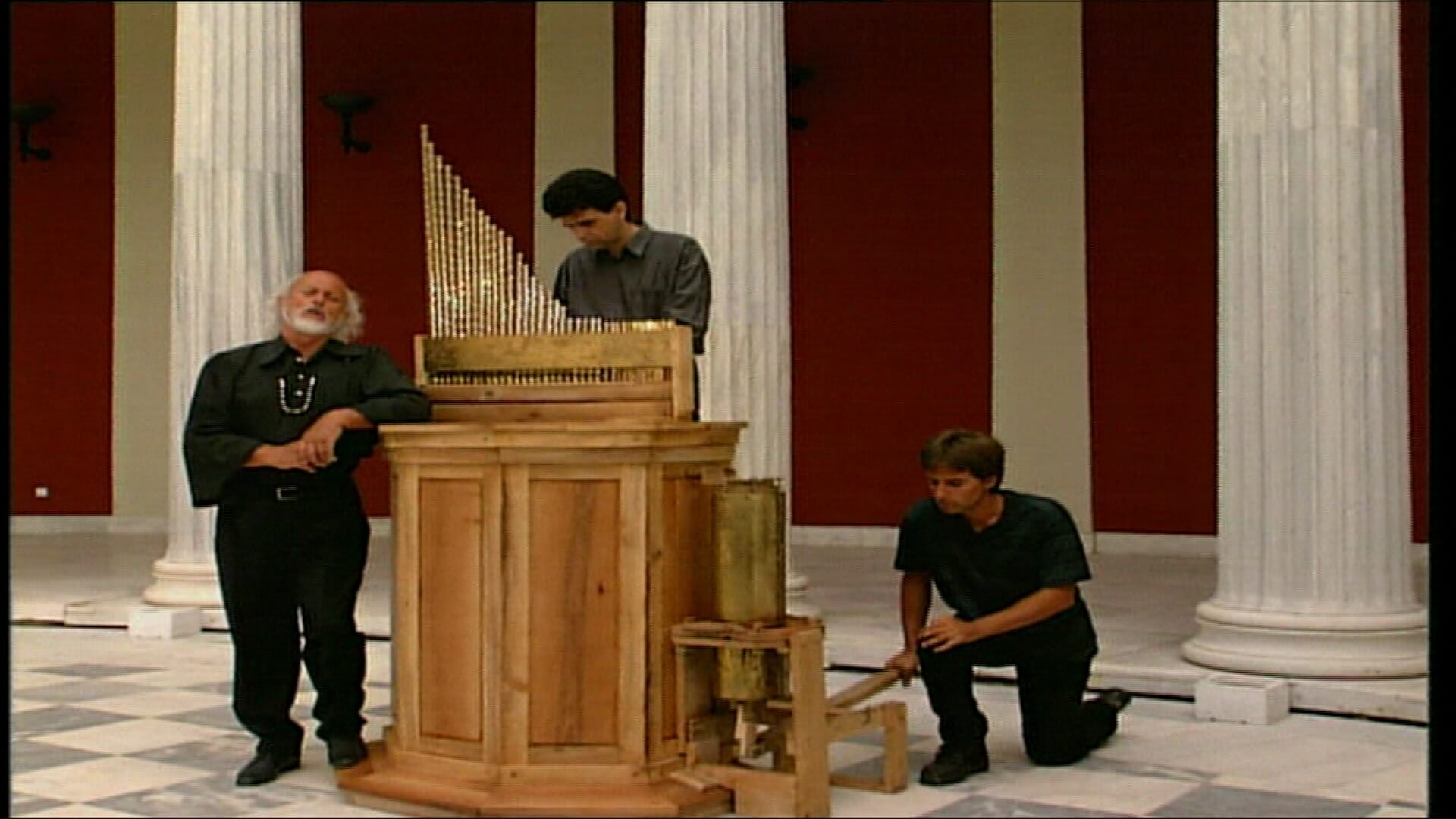 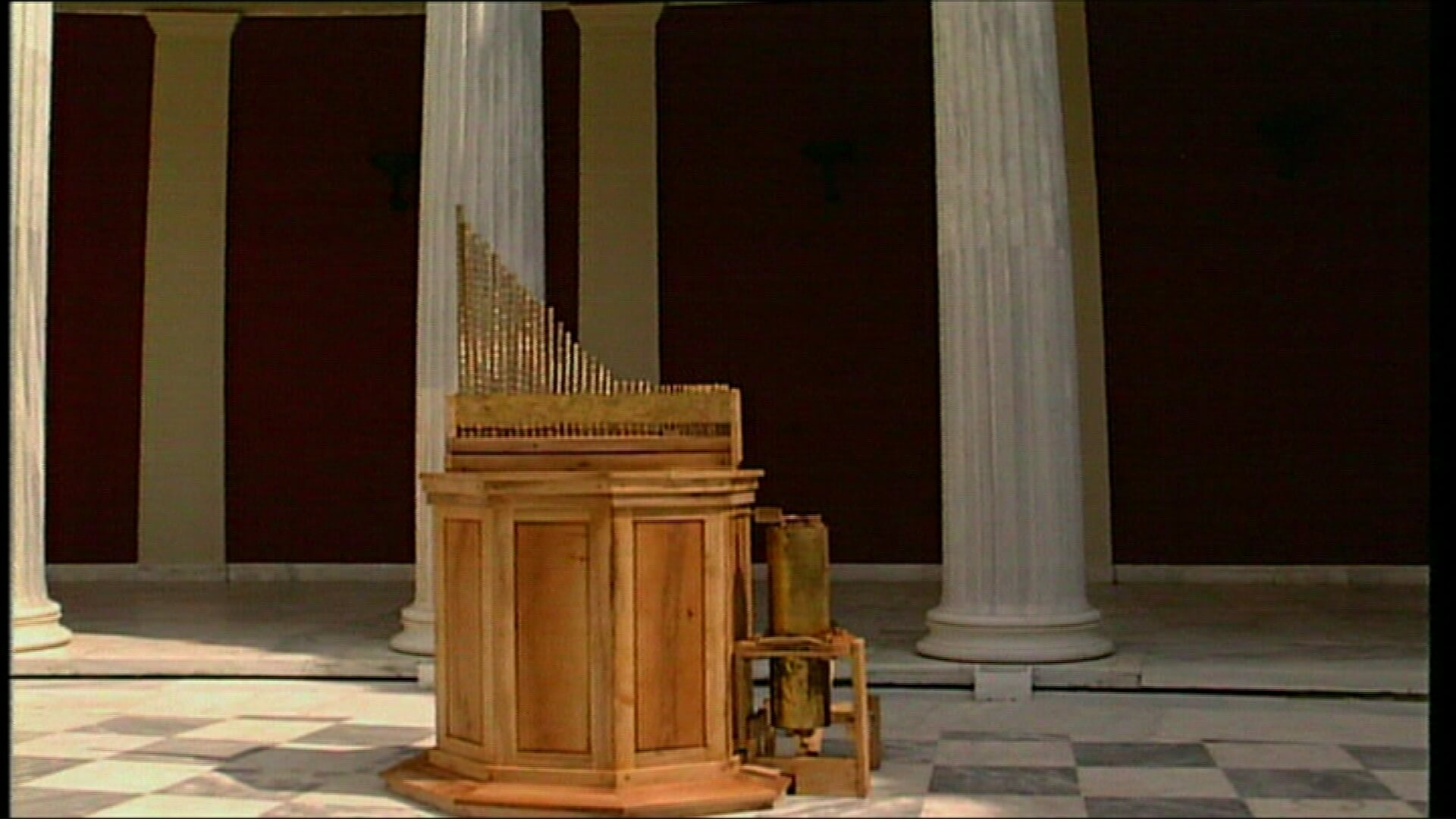 ‘… on a sudden, a noise was heard from some of the neighbouring places, as from an hydraulic organ, very pleasant and agreeable, so that we all turned round towards it being charmed by the melody; and Ulpian looking towards the musical Alcides said, Do you hear O you most musical of men, this beautiful harmony which has made me turn round, being enchanted by the music?’

The hydraulis or hydraulic organ is the first keyboard musical instrument in global history and precursor of the subsequent ecclesiastical organ. According to testimonies, the hydraulis was invented by Ktesibios, who lived in Alexandria in the 3rd century BC. The instrument was widely diffused in the Hellenistic and later the Roman world.. In August 1992, archaeologist and professor at the Aristotle University of Thessaloniki, Dimitrios Pantermalis, and his collaborators discovered in the excavations at Ancient Dion the upper part of a hydraulic organ of the 1st century BC. The find was exhibited in the Athens Concert Hall in spring 1994. Early in 1995 the European Cultural Centre at Delphi, with the support of the Hellenic Ministry of Culture, initiated a research project to reconstruct the Dion hydraulis. Later that year an experimental model was constructed in plastic. In July 1996 a second (intermediate) model was made. The film records the history of this early musical instrument as well as its use in concerts today, after its reconstruction. Presentations have taken place in Japan, England, Italy, Germany, Sweden and the USA, as well as in Greece, in the Athens Concert Hall and elsewhere.

We use cookies to ensure that we give you the best experience on our website. If you continue to use this site we will assume that you are happy with it.Ok